5 Ways to protect what matters to you most

Our Issue Captains in action!

Behind the scenes, Action Utah Issue Captains have been busy at work identifying, researching, supporting and even at times leading initiatives in our state and local communities in order to bring you community lobbying opportunities on the issues you care about most. Here are a few of the things we’ve been up to in the last week: 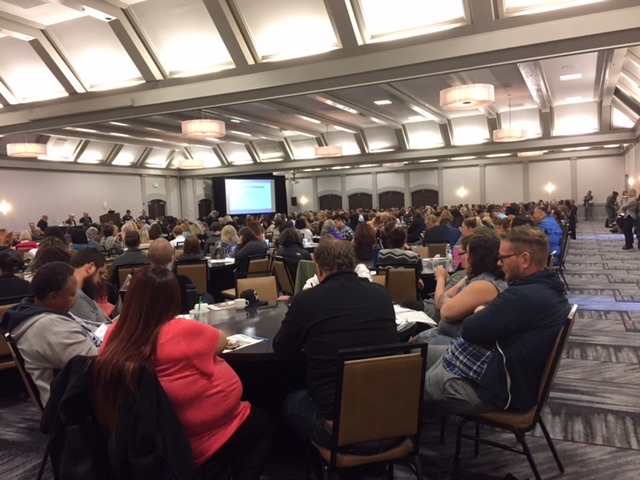 Catch them and other Action Utah leaders this week at Interim Session at the Capitol on Wednesday, October 18th, where we’ll be giving our monthly tour and overview of the state legislature.

How Our Political System Works and How To Engage It: Utah Politics 101 For Ordinary People – Wed, October 18th, 7:00-8:30p, Director’s Suite at the Thanksgiving Point Megaplex Theater, 2935 North Thanksgiving Way, Lehi, UT 84043. Learn about our legislative branch, delegates, candidates and elections, including how you can impact policy decisions, how to become a delegate and why running for office may actually be up your alley. Guest speakers and former state legislators PAT JONES (Executive Director of the Women’s Leadership Institute) and HOLLY RICHARDSON (Salt Lake Tribune columnist, advocate and Real Women Run member) will give us their insider’s perspective and tips. RSVP here.

Interim Session Tour of the Capitol – Wed, October 18th, 7:45-8:15am. Action Utah leaders will walk small groups of interested community members on a tour of the Capitol Campus and introduction to our state legislature. NOTE: in lieu of ordinary Interim Committee meetings, all meetings at Interim Session this month will be Appropriations Committees, with legislators deciding on budgetary items. Please feel free to stay and sit in on a meeting to witness how our legislators decide on fiscal matters. Meet in the cafeteria on the ground floor of the Senate Building (on the east side of campus, next to the parking lot). RSVP here.

1. SHARE YOUR STORY TO IMPROVE POLICY FOR WOMEN AND FAMILIES IN UTAH. The recent revelations about Harvey Weinstein’s history of mistreatment and abuse of women reminds us how many stories are out there unspoken and how important those stories can be in shaping policies and decisions that protect women or simply improve workplaces to better suit the needs of Utah families. We’re helping the Utah Women’s Coalition collect personal stories and experiences to help us better understand how certain laws and policies impact women and families in Utah. From breastfeeding to medical and family leave to discrimination, we want to hear from you in order to help create better policies.

2. ASK OUR ATTORNEY GENERAL TO STAND UP TO RELIGIOUS DISCRIMINATION. Trump’s latest travel ban has been criticized widely as unconstitutional and unAmerican because of its religious discrimination against Muslims. Trump has already issued two versions of the travel ban, which a group of state Attorney Generals have been fighting since January. As Washington Attorney General Bob Ferguson points out, Trump’s “Muslim Ban 3.0” is even worse because it is “broader than his previous efforts because rather than imposing a “temporary pause,” it indefinitely bans immigration by individuals from six majority Muslim countries (Iran, Libya, Somalia, Syria, Yemen and Chad).” Last week six Attorneys General filed an Updated Complaintand a Temporary Restraining Order against the latest version of the travel ban. Check out this overview of the ban by the National Iranian American Council and take action to protect families in our state from religious discrimination.

3. REMIND UTAH’S REPS THAT UTAHNS THINK OUR NATIONAL MONUMENTS ARE WORTH KEEPING. Polling data shows that 60% of Utahns want to keep our monuments in place and 84% of Utahns want to improve public access to lands. Improved access boils down to protecting the land from privatization, which forever closes our lands off to the people while potentially destroying artifacts of deep historical and spiritual relevance and of critical scientific interest in the process. Native tribes hold the oldest claim to Utah’s lands as part of their heritage, spirituality and history, and they support the founding of Bears Ears in their honor by huge margins. Local business owners depend on national monuments to feed their families. Broad support for our national monuments comes from a wide range of people hailing from across the political spectrum, including hunters and anglers, faith leaders, veterans, outdoor enthusiasts, archaeologists, tourists, business owners, outdoor industry, conservationists, scientists, children and families. Raise up the voices of those who are speaking up to keep our monuments in place.

1. DEFEND CLEAN AIR. In March Trump filed an executive order asking the EPA to roll back the Clean Power Plan. Last week, EPA administrator Scott Pruitt announced that the start of the repeal process, which includes a public comment period that begins today. Critics of the Clean Power Plan have perpetuated myths around the rule to rally public support. However, the facts remain that the Clean Power Plan is supported by a majority of American businesses, who are not worried about negative economic or job numbers impacts, and repealing it would not necessarily bring back coal jobs. Other facts that remain? Check out the EPA’s own fact sheet about how the Clean Power Plan would dramatically reduce air pollution responsible for causing significant illnesses, disease and premature deaths across America and Utah. Clean air is a top priority for a large majority of Utahns. It is critical for Utahns to participate in the comment period and speak up for this valuable rule and for clean air in Utah and across the country.

2. PROTECT THE ANTIQUITIES ACT FROM H.R. 3990. Last week, the House Natural Resources Committee voted along party lines to pass Chairman Rob Bishop’s “National Monument Creation and Protection Act,” referring this legislation to the House of Representatives. Of concern, Bishop’s legislation was hastily introduced last Monday and was voted out of committee 48 hours later, an unusual use of “fast-tracking” uncommon within congressional committees. This rapid maneuver last week prevented dialogue on the crucial issue of national public land use. Sportsmen, scientists, outdoor industry, and conservationists alike oppose this extremist legislation because it neither creates nor protects national monuments, which is why it has quickly earned the reputation as the “No New Parks Act”.

Not sure who your U.S. Representative is? Check here.

Action Utah’s resources, calls to action and community events are open to men and women from any party who are interested in learning a little more about how to make a difference on the issues that matter to you the most. Join us at Thanksgiving Point on Wednesday evening and bring along your friends and family. Or spread the word by sharing this email with anyone you think might be interested in learning about how easy and meaningful it can be for ordinary community members like you and me to impact policy decisions in Utah.